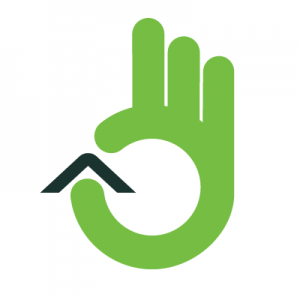 Highlights of the Tampa Market

Prices for single-family homes in the Tampa Bay area jumped 11.4 percent in January from a year ago, far higher than the statewide average and the highest of any major Florida metro area.

The number of sales that closed last month also rose significantly — up 10 percent — in a sign that the robust market that began in early 2016 will continue.

“Florida’s housing market continues to show positive momentum,” said Maria Wells, president of Florida Realtors, which released the figures Wednesday. “While existing inventory remains tight, Realtors across the state are reporting interest from both buyers and sellers — and with interest rates expected to rise over the next few months, now is certainly a good time to take action.”

Tampa Bay ranked among the top 10 large metro areas for college-educated young talent on the move. The latest Census data reveals that young people aged 25 to 29 are increasingly more mobile and willing to move to new cities, very often in new states, in search of jobs.

Florida leads the nation in high school seniors taking Advanced Placement exams at nearly 50 percent. Florida also ranks sixth in the nation for the percentage of students who score a 3 or higher on the AP exam at 23.9 percent, compared to the national average of 18.1 percent.

An independent analysis of the CareerEdge Funders Collaborative by Urban Market Ventures found that the investments made by the nonprofit workforce-development program is producing millions of dollars in new wages and economic impact for the Tampa Bay region.

Tampa’s Curtis Hixon Park was named among America’s Best New Parks by The Atlantic Cities. Completed in 2011, the waterfront park serves as a more natural connection between the water, downtown, and the new Children’s Museum and Tampa Art Museum. Tampa Bay’s beloved public spaces spread throughout the region provide gathering places for families, friends, colleagues, and events from small to large scale.

Some of America’s most promising companies are located in Tampa Bay. Sarasota-based Internet communication systems and service provider, Star2Star Communications was named among America’s 100 Most Promising Companies in 2011 by Forbes. The company also made the 2011 Inc. 500 list of fastest growing private companies.

The University of South Florida is ranked 50th in the nation for research expenditures by the National Science Foundation among all U.S. universities, public or private, joining the ranks of Johns Hopkins, Stanford, Yale and Harvard.

The Tampa Bay region is the 14th largest television media market in the country, with 1.79 million TV households, according to Nielsen Media Research. That means Tampa Bay has 1.6 percent of all television households in the United States. It is the largest market in Florida – surpassing Miami. If you’re looking for media exposure, you’ve found it.

According to FastCompany Magazine, Florida’s start-up environment is soaring high. From the HuB in Sarasota to Tampa Bay WaVE’s First WaVE program to large events such as Start-Up Weekend and initiatives like the Tampa Bay 6/20 Plan, Tampa Bay’s entrepreneurial environment is setting up for start-up success.

Realtor.com’s latest relocation study has named Tampa as America’s top relocation destination. According to the new report, Americans are on the move as the country’s economy continues to grow and people are heading south to improve their quality of life and take advantage of Tampa’s affordable housing prices, strong job market, and no income tax status.

Tampa took the top spot in the study above Jacksonville, Charlotte, San Antonio, and Austin, which rounded out the top five, during a time that Realtor.com calls one of the “busiest” relocation periods in recent memory.

Realtor.com was quick to point out that this population shift is not in retirement age people, but among adults who are still in the workforce. The report highlighted that Florida had “unusually strong job creation,” so plentiful job opportunities are driving the trend to relocate to the Sunshine State. In another piece of research, Realtor.com identified Tampa as the third most popular relocation destination for Millennials.

“Attracting fast-growing Millennial-owned companies and young, highly skilled talent to our workforce will fuel our region’s prosperity for decades to come,” said J.P. DuBuque, Interim President & CEO of the Tampa Hillsborough Economic Development Corporation. “With the growing number of financial services and technology-focused companies relocating to and expanding in Tampa, our community is a perfect place for young professionals in industries like these to find their dream job, buy an affordable home, and enjoy an unparalleled quality of life.”

“The Realtor.com study echoes the research we have done,” added DuBuque. “Abundant career opportunities, affordability of housing, lower cost of living and lifestyle are the key factors influencing most Millennials’ relocation decisions. Tampa ticks all of those boxes.”

The report also identified a trend of Americans moving out of large markets in the Northeast and Midwest to move to smaller metros like Tampa to escape the winters and the high cost of living. Tampa’s median home price is $230,000 and its unemployment rate is low at 4.4%. The study also cites New York as the market in the U.S. losing the most population to Florida.

Source: U.S. Bureau of Labor Statistics
Note: More data series, including additional geographic areas, are available through the “Databases & Tables” tab at the top of this page.